Constructed from the remains of a military prison, the Hostel Celica is a creative ode to the art of design. Located minutes away from downtown Ljubljana by foot, you can sleep in a cell that has been stylishly transformed into a comfortable hotel room.

The Hostel Celica is more than just your average hotel. Not seeking to capitalize off of the structures former life as a prison, you’ll find no attempts to sell you a night in jail here. Even if prison themed hotels and bars have become increasingly popular, the Hostel Celica is a dedicated patron of the arts. 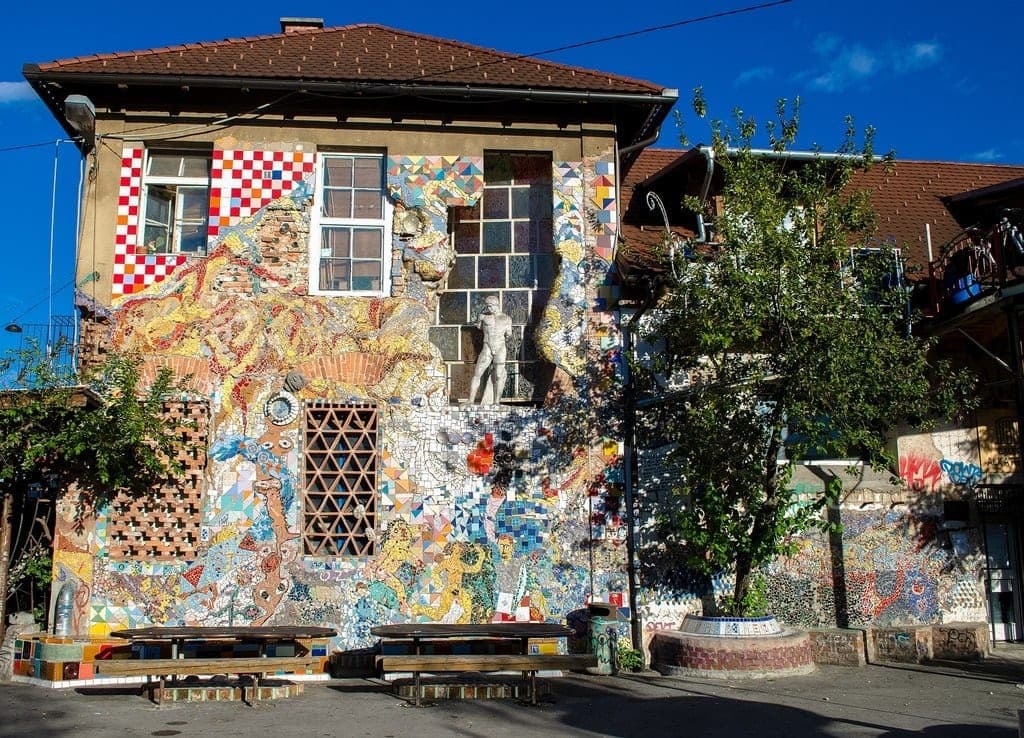 The building itself was first constructed in 1882, when Slovenia was just another vassal of the greater Austro-Hungarian empire. Originally serving as army barracks in the Metelkova neighborhood, they were taken over by the Yugoslav army in the aftermath of World War II. Slovenia didn’t become an independent entity until Yugoslavia was broken up in 1991, and with the end of the empire, came an end to the military’s use of the barracks.

It was time to breathe new life into the building. A group of artists moved into the abandoned building, using every inch of space as canvasses for their self expression. The buildings in the complex were transformed into studios and galleries, but it would take another 10 years before the government approved some of the space to be used as a hotel.

Without shying away from its past, the building reserved 20 rooms for guests, each decorated by a different artist, but preserving the antique prison bars as a reminder of what came before. Even the common areas have been designed as an immersive experience.

In the main room is a gallery, but you can also find a room nearby called the “quiet room” which allows for travelers to take a moment to themselves, and provides separate nooks for the most common religions, as well as one that can be used for anyone. There’s also performance space on the grounds, proving that this hotel is so much more.

This Is Why Everyone Is Talking About Subscription Travel

There’s no greater joy than being able to see the world in all of its glory, but is it time for a ...

If you’re the kind of person that loves to travel the world but is conscious of their impact on the ...

These Are the Best Virtual Tours Around the World

Let’s be honest — travel isn’t really on the cards for us at the moment. With most of us stuck ...